Full Name
Jim Chalmers MP
Job Title
Shadow Treasurer
Speaker Bio
Dr Jim Chalmers MP has been the Member for Rankin in the Australian Parliament since 2013, representing the people and suburbs of southern Brisbane and Logan City where he was born, grew up and made a home with Laura, Leo, Annabel, and Jack.

After the 2019 election Jim was appointed Shadow Treasurer. He first joined the Shadow Cabinet as Shadow Minister for Finance from 2016 to 2019. Before that he had portfolio responsibilities for Financial Services and Superannuation and assisted on Trade, Investment, Resources and Productivity.

Prior to Jim’s election to Parliament, he was the Executive Director of the Chifley Research Centre after a number of years as Chief of Staff to the Deputy Prime Minister and Treasurer.

He has a PhD in political science and international relations from the Australian National University and a first class honours degree in public policy from Griffith University, and is a qualified company director.

Jim’s most recent book, Changing Jobs: the Fair Go in the New Machine Age, is co-authored with Mike Quigley and was published in 2017. His earlier book about the Global Financial Crisis, Glory Daze, was released in 2013. 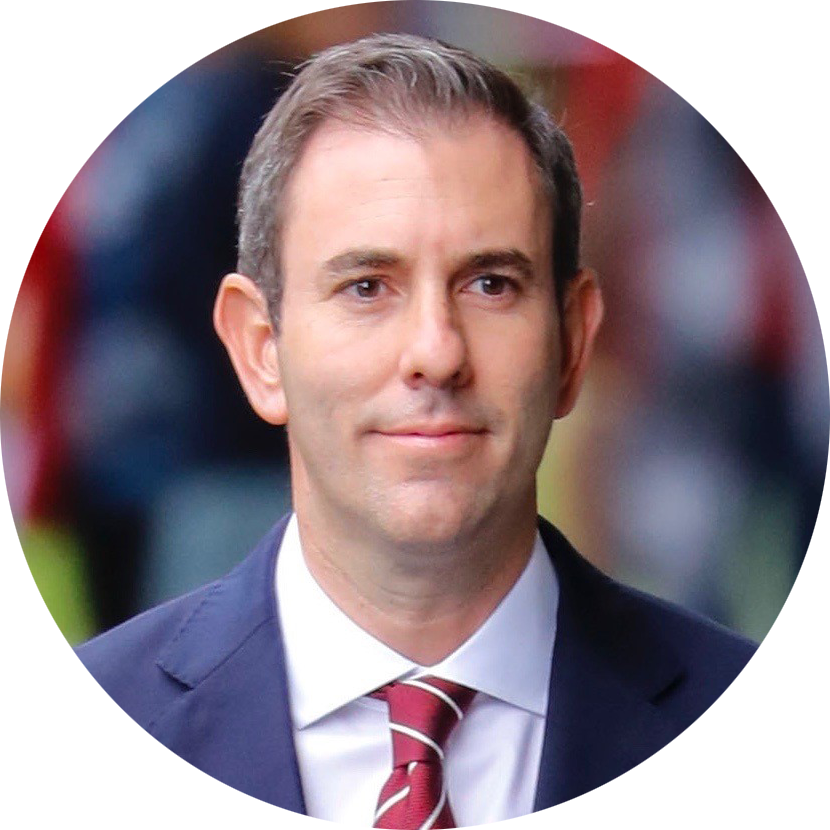