Prior to this, she served as Defence Minister – the first woman to hold this federal Cabinet portfolio – for three years from September 2015, during which she oversaw major developments including the delivery of a Defence White Paper and the creation of a $200 billion defence materiel program.

Following the election of the Coalition government in September 2013, Marise served as Minister for Human Services for two years.

After growing up in Sydney and the NSW Southern Highlands, Marise studied at the University of NSW, completing a Bachelor of Arts and Laws.

A member of the Liberal Party since 1982, she was the National Young Liberal Movement's first female President.

After serving as a political adviser to some of the most significant figures in Liberal politics of their time, Marise worked in the finance industry.

She became a Liberal Party Senator for New South Wales in 1997 and has led Senate and joint parliamentary committees as well as holding several shadow portfolios in opposition, including Indigenous Development and Employment, and Housing.

Based in western Sydney for more than 20 years, Marise works within the community alongside local organisations and businesses to help the region develop its potential.

Away from politics, Marise is a devoted fan of the St George Illawarra Dragons and the Geelong Cats. She is an enthusiastic supporter of the arts in Australia. 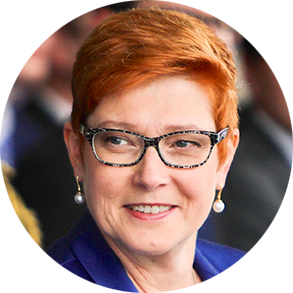